Dendara (Upper Egypt) is best known for its temple dedicated to the goddess Hathor. At the initiative of P. Zignani (CNRS), head of the archaeological mission of Dendara, a new research project brings together the Institut français d’archéologie orientale (IFAO) and Macquarie University to study the great cemetery where Dendara’s inhabitants were buried for nearly three millennia. The preliminary results of this archaeological project on the funerary area already shed new light on the origins of Dendara at the dawn of the Pharaonic period.

For more than a century, the work carried out on the site of Dendara has mainly focused on the study of the temple and the surrounding monuments - mammisi and basilica - without really taking into account the vast territory on which the original sanctuary was implanted and developed. To the east of Hathor Temple, archaeological remains of a settlement area dates to the Old Kingdom and First Intermediate Period habitation, preserved over more than 4 ha, have been only very partially examined. The large cemetery that stretches along a desert strip south of the temple, about 1.5 km long from east to west and 500 to 700 m wide from north to south, also includes large unexplored areas, now threatened by the uncontrolled development of crops and dwellings.

The geoarchaeological study of the site and its surroundings, encompassing the Nile, its banks and desert margins, contributes to understand the development of Dendera in its natural environment and the relationships between the site and the landscape. This study conducted on a regional scale aims to restore the ancient topography of Dendera’s territory and to reconstruct the history of the site’s occupation in relation with the mobility of the landscapes during the Holocene period. The observations carried out during the first seasons made possible to evaluate the nature of the future operations (sedimentary sampling and analysis, stratigraphic coring, analysis of satellite images, etc.).

Archaeological excavation carried out at Dendara aims 1) to verify the archaeological potential of the cemetery where no archaeological activity had been conducted for a century; 2) to check the validity of the observations made by C.S. Fisher during his fieldwork seasons from 1915 to 1918; 3) to complete the study of the oldest pharaonic area of the site with the study of unpublished mastabas. Two areas were chosen to meet these objectives: the so-called ‘Abu Suten’ area (early 4th dy.), well studied by Fisher; and a sector dated to the First Intermediate Period, reoccupied at the end of the Ptolemaic period, north of the previous sector, excavated for the first time. It was also in that area that Fisher had located a group of Early Dynastic tombs for which Y. Tristant was able to gather complete documentation during his visit to the archives of the University of Philadelphia Museum in June 2019.

Preliminary observations in the vast funerary area have highlighted the importance of Dendara both from an archaeological perspective and as part of a re-examination of the ancient excavations’ archives. The existence of an Early Dynastic cluster of tombs in the centre of the burial area is of particular interest. Clarence Fisher excavated sixteen so-called "archaic" tombs (Naqada IIIC1-D) about 200 m south of the south-eastern corner of the large temple enclosure. These individual tombs are shallow oval pits in which bodies were buried in a contracted position, sometimes accompanied by pottery offerings, stone vases and body ornaments. Despite the difficulties encountered in matching the grid of the ancient excavations with the features still visible on the surface, the observations made in this sector conducted to identify the location of this earliest part of the cemetery.

Slater, A., The Archaeology of Dendereh in the First Intermediate Period. A Dissertation in Oriental Studiees presented to the University of Pensylvania, AnnArbor, 1974.

Dendara cemetery viewed from the top of the enclosure wall 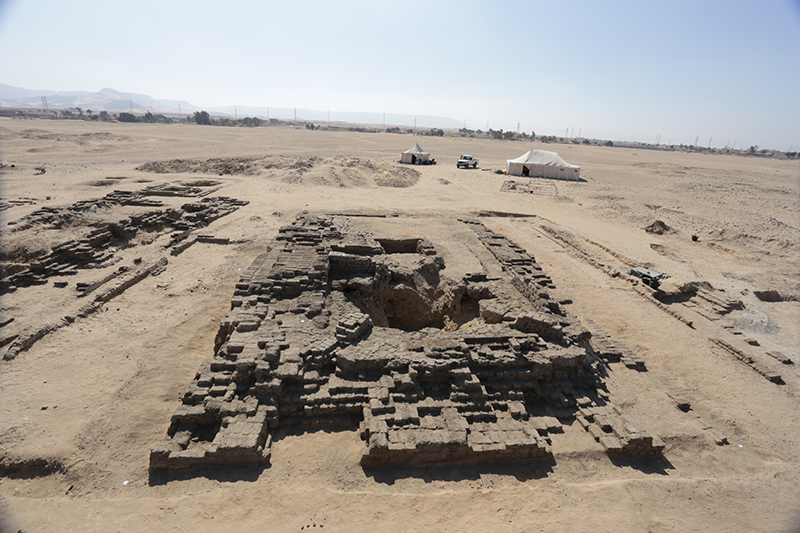 Abu Suten’ M1055 Mastaba (4th dyn.) in the southern part of the cemetery 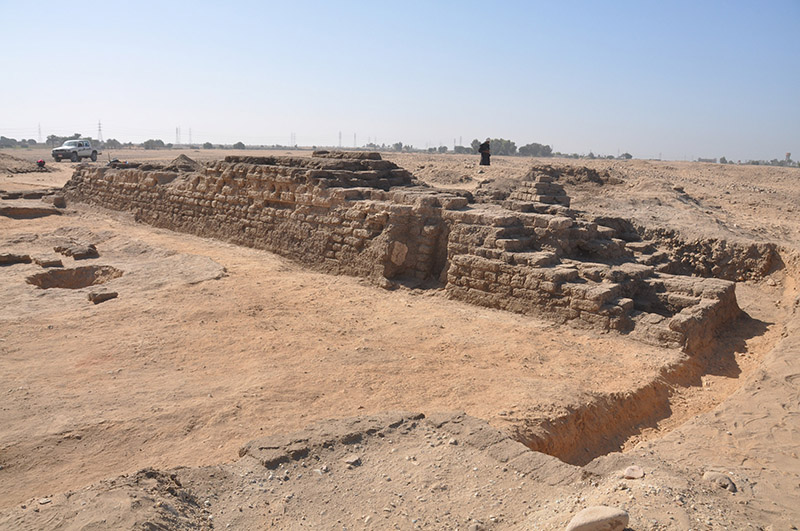 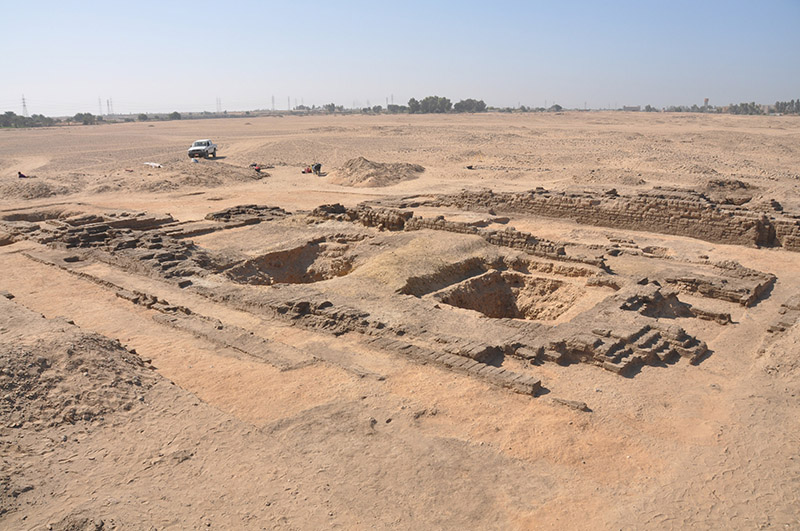 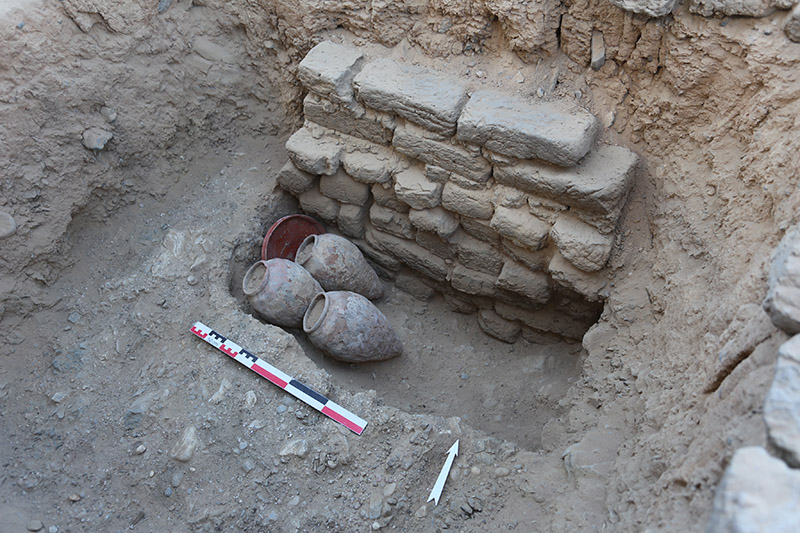 Offering deposit in front of a mudbrick wall closing the tomb B1296 (4th dyn.) 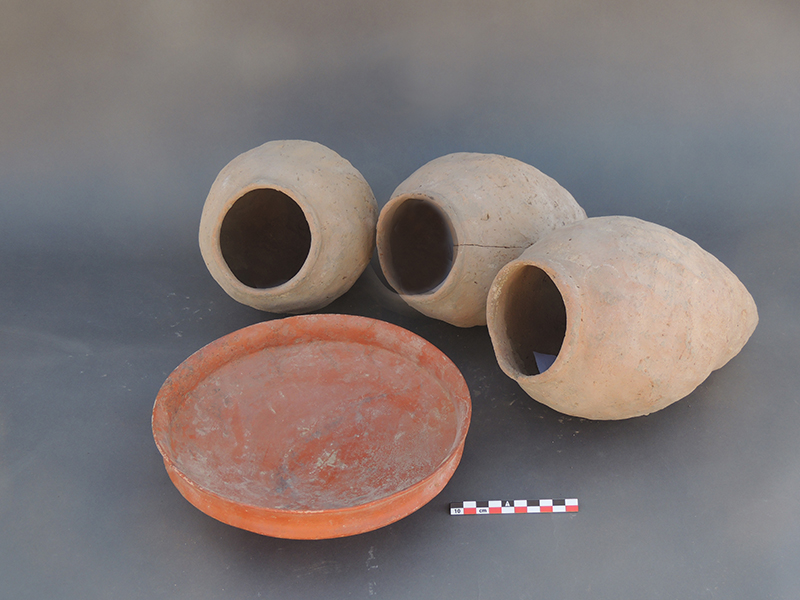 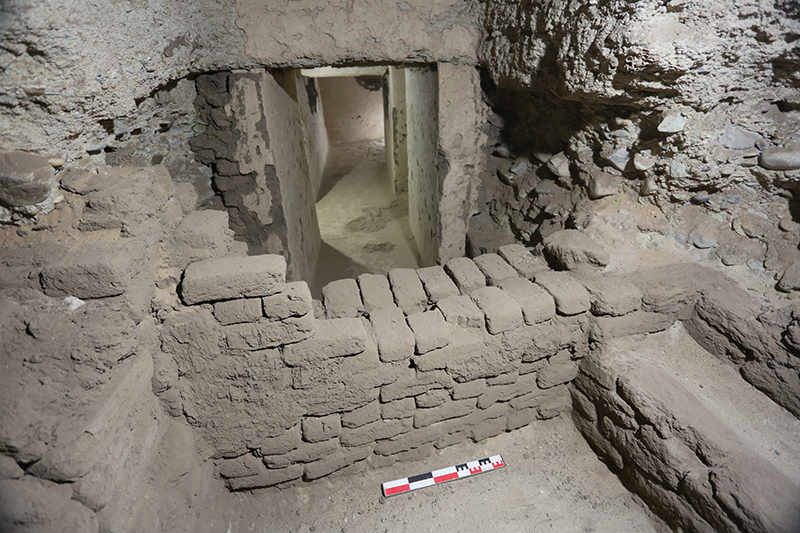 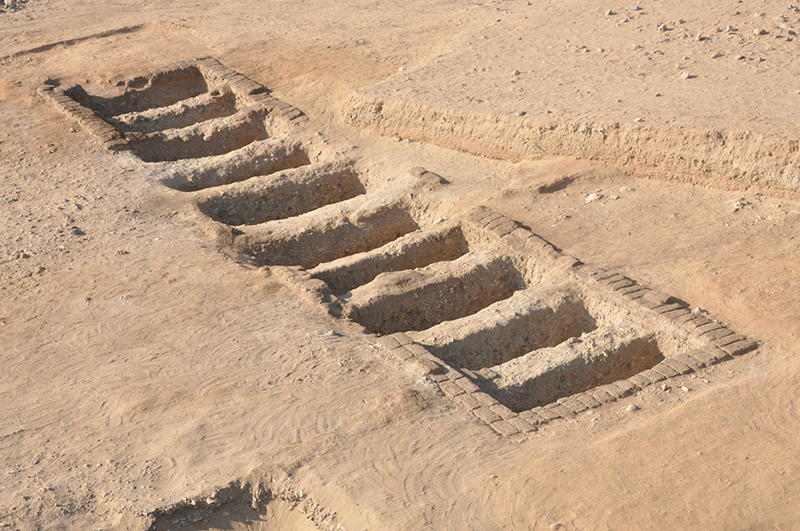 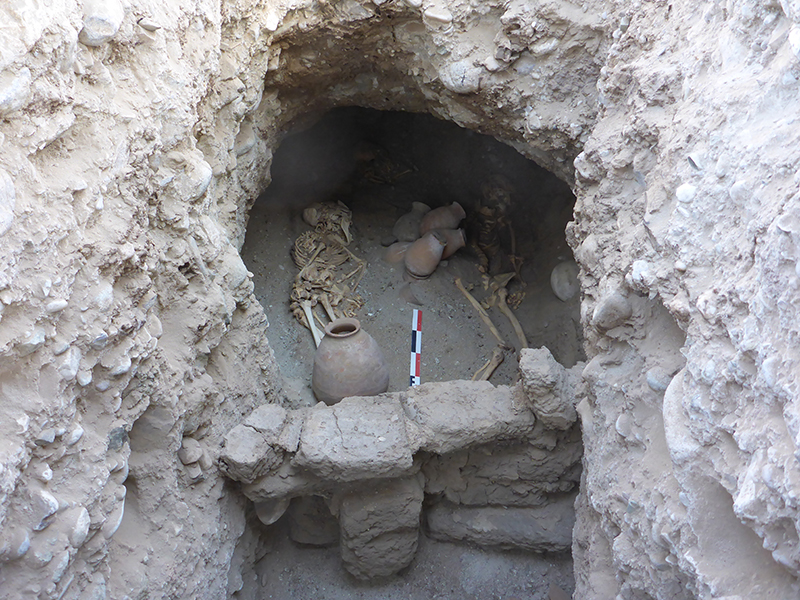 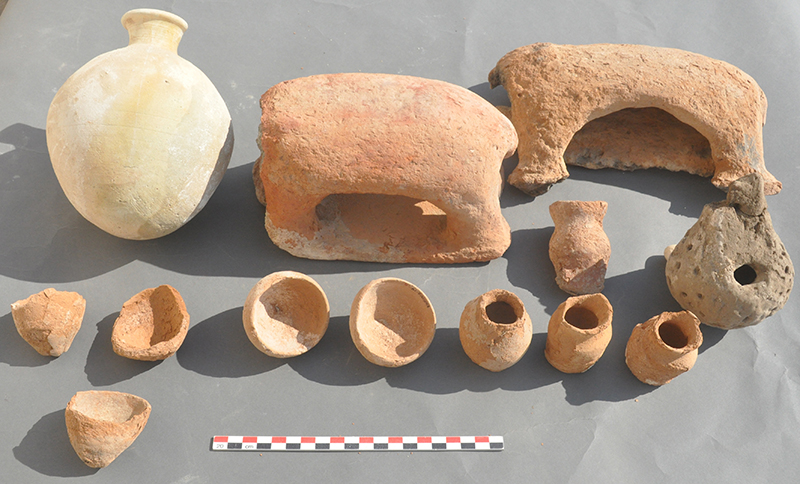 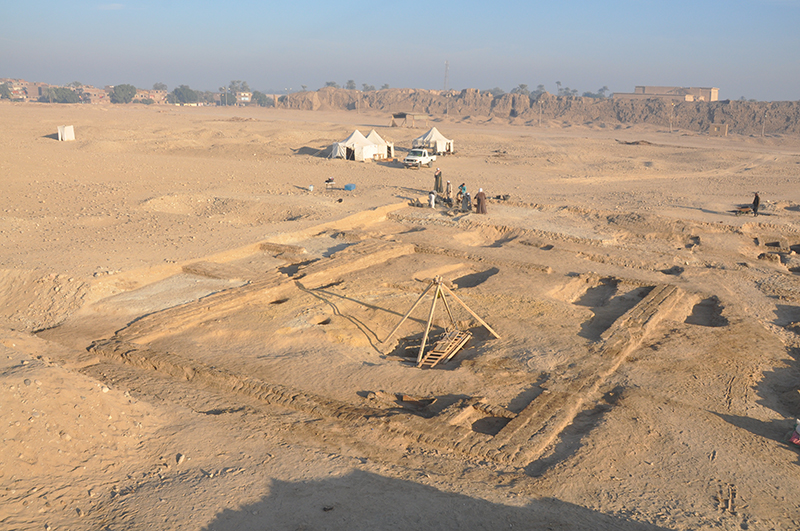